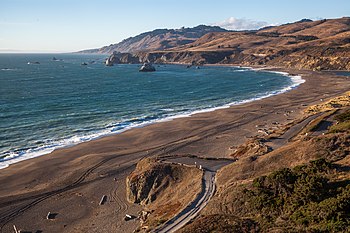 Such beaches are common alongside the coasts of the British Isles. Hastings Beach, a shingle beach on the southern coast of England, has been a dock for fishing boats for more than a thousand years. Some sand may be eroded bits of a rocky reef just … Read More